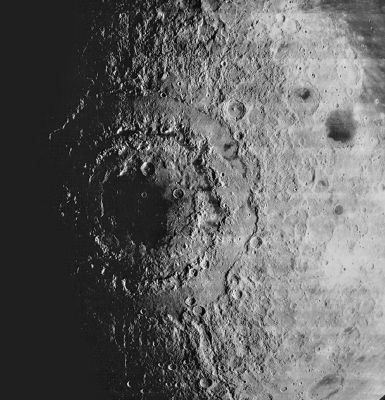 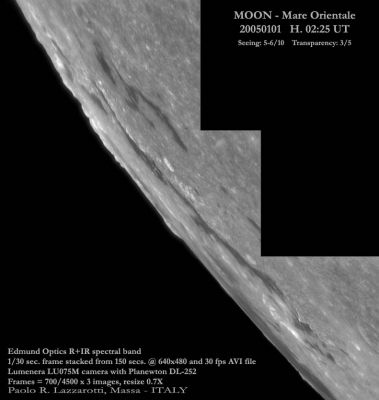 Left: Lunar Orbiter IV image 187M The IAU's Mare Orientale is the dark pool at the center of image, surrounded by the rings of the impact basin.
Right: Paolo Lazzarotti The dark ponds in this Earth-based view are Lacus Autumni (figure-8 shape near top) and Lacus Veris (snaky shape paralleling limb), neither very conspicuous in the Lunar Orbiter view. A thin sliver of the dark floor of Mare Orientale is visible along the limb at the bottom. See the Feb. 19, 2005 LPOD for an annotated version of this image.