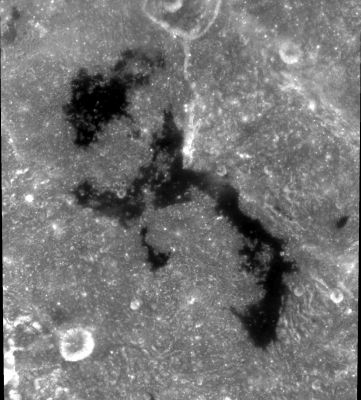 Clementine Lacus Autumni refers to the dark "lakes" in this high-Sun view. The bright-walled 18-km diameter crater in the lower left is Lallemand, while the 37-km crater straddling the upper margin is Schlüter A.