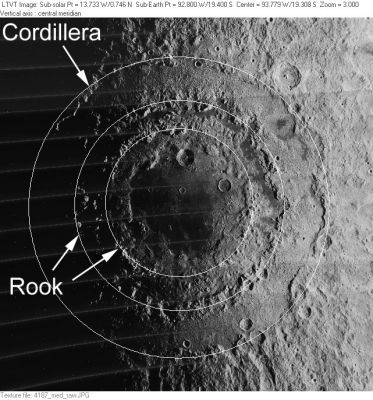 LO-IV-187M The circles superimposed on this Lunar Orbiter image indicate what are normally taken to be the Montes Rook and Montes Cordillera ranges around Mare Orientale. There is some confusion regarding the IAU's definition of Montes Rook, which may include parts, or all, of the two rings indicated.