Hugh Percy Wilkins is most noted for his efforts as an amateur astronomer, particularly as a selenographer. He was elected to the British Astronomical Association in 1918 and served as Director of the Lunar Section from 1946-1956. He is probably best known for the classic observing guide he wrote with Patrick Moore. 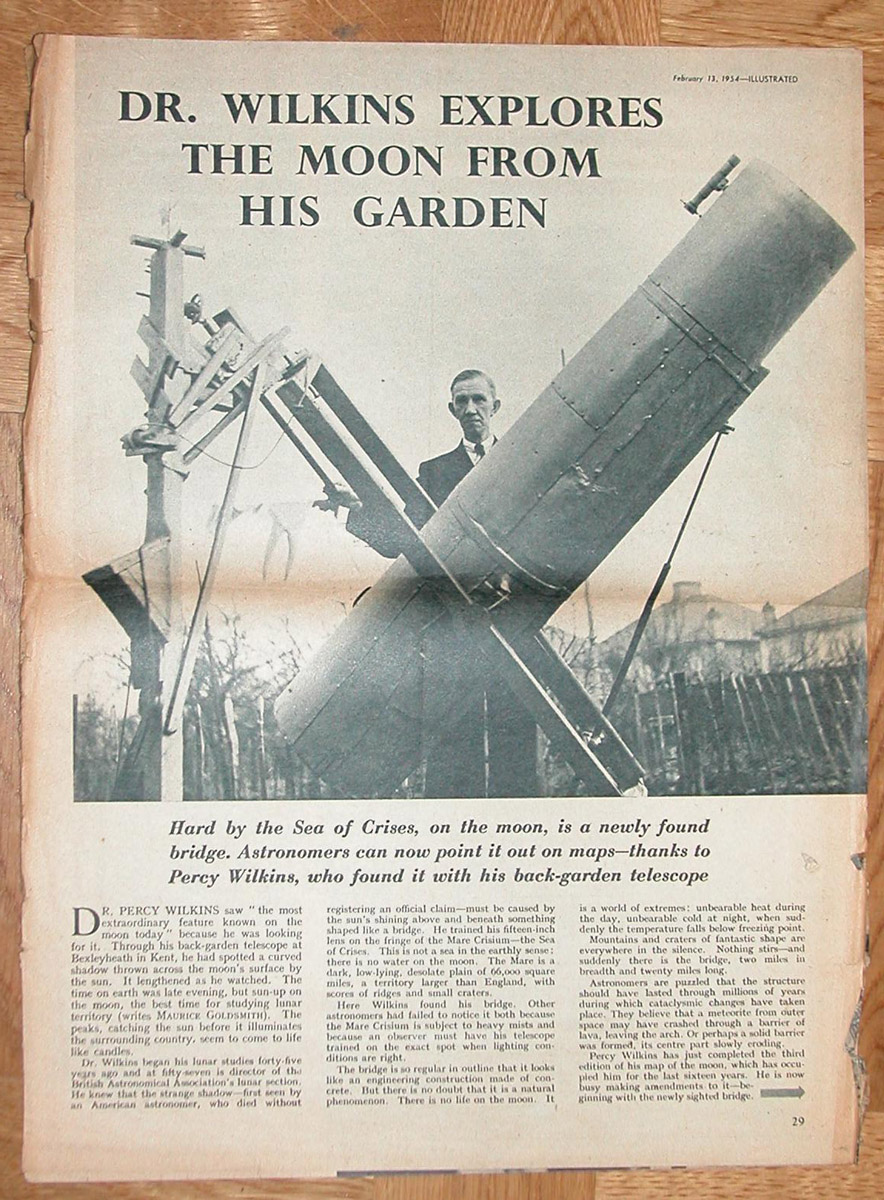 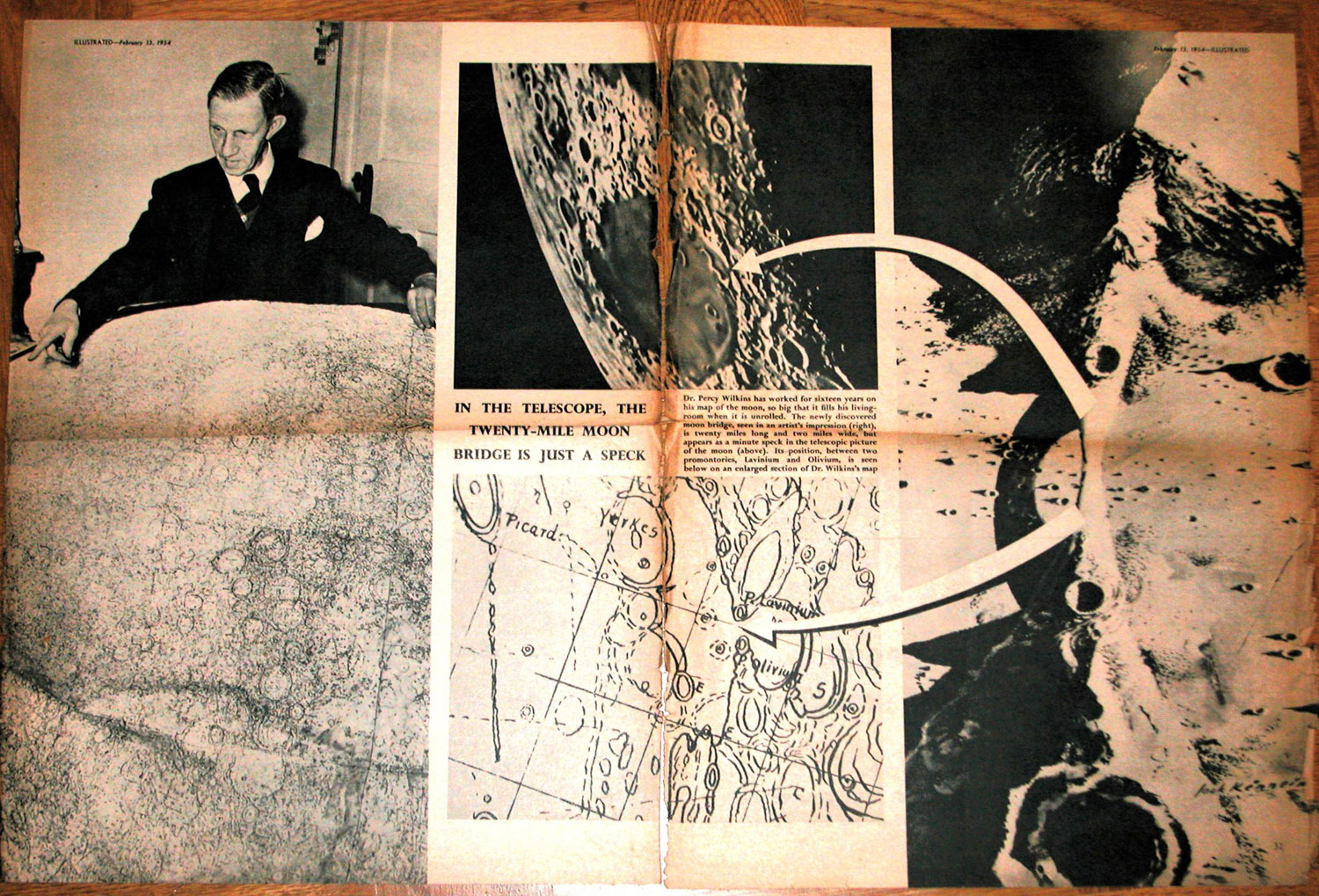 (Images courtesy of Geoffrey B. Scott, who cut them from the magazine in 1954 and saved them!)