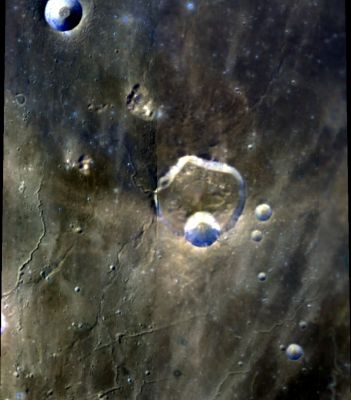 Clementine The crater on the south rim of Krieger is separately named (Van Biesbroeck), while the larger of the two just outside the east rim is Rocco. The circular crater to the northwest of Krieger is Wollaston. Rima Krieger is barely visible snaking out Krieger's west rim, while the much more prominent rille to the west is part of Rimae Aristarchus.

An invisible lava flow No Need to Draw Aperture