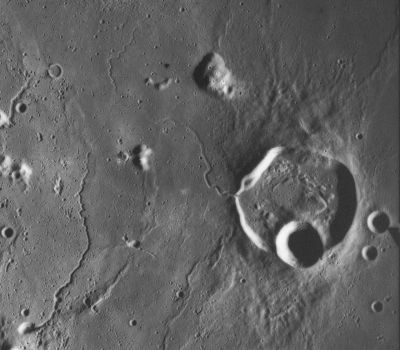 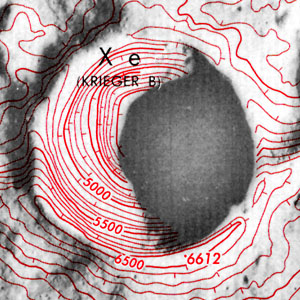 Before being named "Van Biesbroeck" in 1976, the feature "Krieger B" was one of a handful to be subjected to provisional renaming according to a new scheme formally proposed in IAU Transactions XVB. The IAU felt there was an insufficient number of letters to designate each satellite feature that deserved naming, and according to this new scheme, each LTO "province" would be further subdivided into 24 rows and columns. Like some road maps, the columns would be designated by capital letters, running from left to right, and the rows by lower case letters, running from bottom to top. Under this scheme, since it is located near the lower right corner of LTO 39A1, Krieger B becomes "crater 39A1Xe", or, alternatively, after the name of the LTO province, "Krieger Xe". Hence on LTO 39A1, issued in July, 1973, the name "Krieger B" is indicated parenthetically as an obsolete name, to be replaced by the more modern designation "Xe". Although it has never been officially retracted, the new naming scheme never caught on, and such designations appear on only one or two other LTO charts. - JimMosher

An invisible lava flow No Need to Draw Aperture