(glossary entry for an informal name) 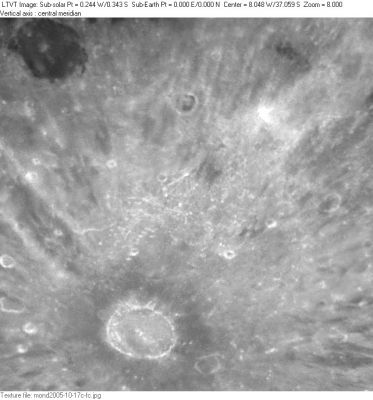 Mario Weigand This photo shows the region from dark-floored Pitatus (in the upper left), to dark-haloed Tycho (at the bottom) as it appears near Full Moon. Cassini's Bright Spot is the area around the intense bright patch in the upper right. Depending on the exposure it can look much larger. The dark-floored crater surrounded by a bright ring to the west of the Bright Spot is Hell. The core of the bright patch is itself mostly to the northeast of a small crater currently called Hell Q.

What? More Tycho? (shows an enhanced-color view of Tycho and surroundings, with Cassini's Bright Spot at upper right, photographed by the Minsk Miracle Imagers).