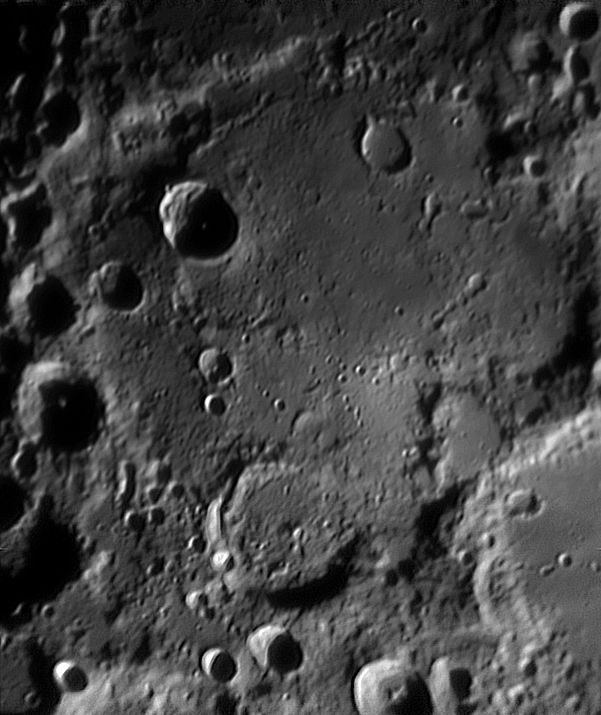 (IAU Directions) (under Lexell): On the W. of Walter extends an immense plain of irregular outline, which is at least equal to it in area. Though no large formation is found thereon; many ridges, short crater-rows, and ordinary craters figure on its rugged superficies; and on its borders stand some very noteworthy objects, among them, on the S., the walled-plain Lexell ...