Beer (and Fossa Archimedes east-southeast of it) ("Catena Beer") 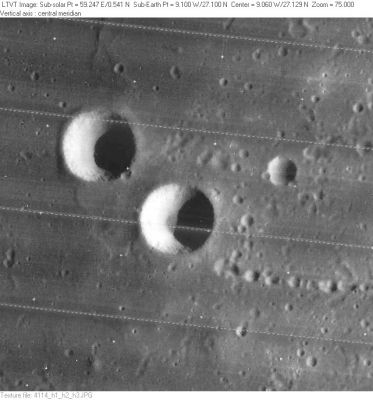 Lunar Orbiter IV-114H: Beer is at image center with the similarly-sized Feuillée to its upper left. The small crater to the upper right of Beer is Beer A. The chain of craterlets to the east-southeast of Beer was once known as Fossa Archimedes, but nowadays it is called Catena Beer by D.Caes.

(IAU Directions) BEER.--A very bright little crater, with an unnamed formation of about the same size adjoining it on the N., with which is associated a curious winding ridge that appears to traverse a gap in its N. wall.

I'll drink to that