(current IAU name; formerly Prosper Henry; and before that, part of Frères Henry) 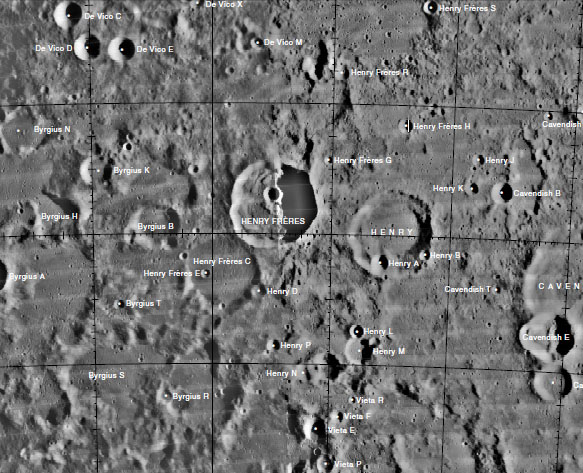 A curiosity...
A certain M.M. Henry is mentioned on page 97 of T.W.Webb's Celestial Objects for Common Telescopes, Volume 1; The Solar System (chapter THE MOON). Who was this M.M. Henry? (according to T.W.Webb this person seems to have observed the moon through a large telescope at Paris).
This must have been Messieurs Henry (MM. Henry).
Sometimes... while reading about the moon (in T.W.Webb's) one should think French...
- DannyCaes Jul 4, 2015