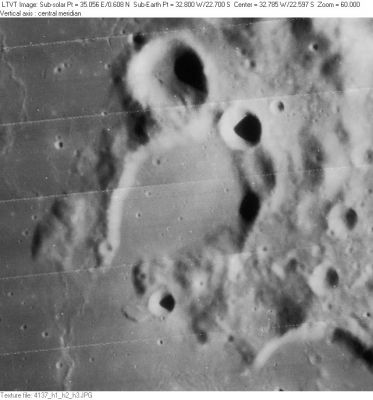 LO-IV-137H Loewy is the irregular crater in the center. On its northeast rim is 7-km Loewy A, and to the upper left of that (just outside the north rim), 12-km Agatharchides C. Loewy B is the 4-km crater on the outer slope of the south rim of Loewy. In the lower right corner, the open enclosure of 24-km Hippalus D is partially visible.