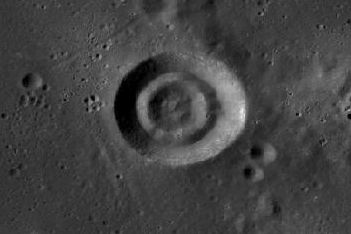 All linked-to images below credit: NASA, USGS Map-A-Planet, USGS Astrogeology Research Program, and Lunar & Planetary Institute. LTVT was used in the annotation of features shown in some images, with some additional annotation here and there using Photoshop Elements.

1 - Archytas G (southwest of Archytas, west of Protagoras)(almost touching the southern "coastline" of Mare Frigoris, east-northeast of Plato). See paper on Archytas G below in Bibliography.

2 - near Réaumur B (slightly northeast of Gyldén and east of Réaumur A).

3 - Egede G (very near the northeastern end of Vallis Alpes). 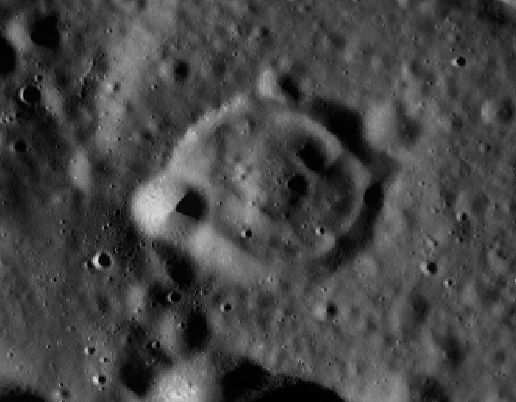 5 - near the southwestern part of the ring Torricelli R 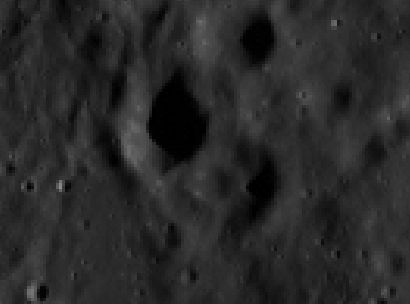 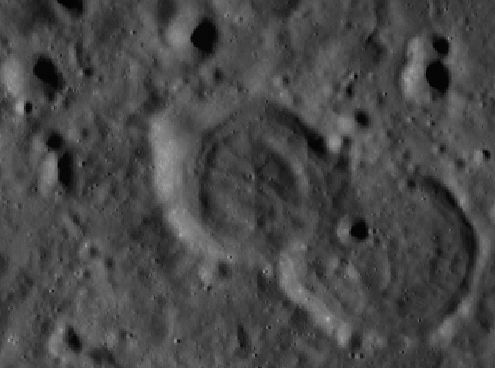 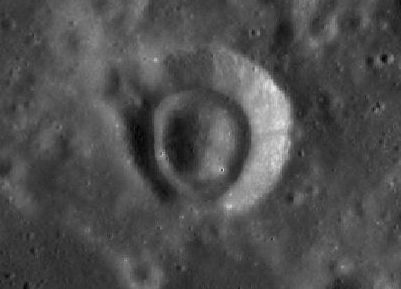 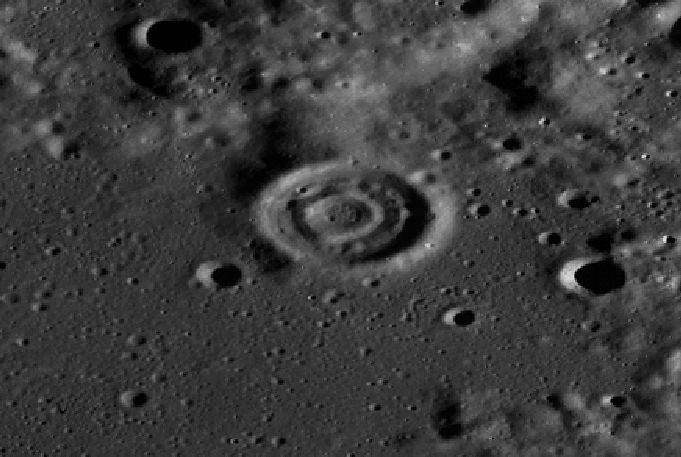 9 - Apollonius N (east of Apollonius itself, south of the dark-floored Firmicus).

10 - near Legendre (a difficult case: should be somewhere northwest of Legendre and south of Palitzsch B). 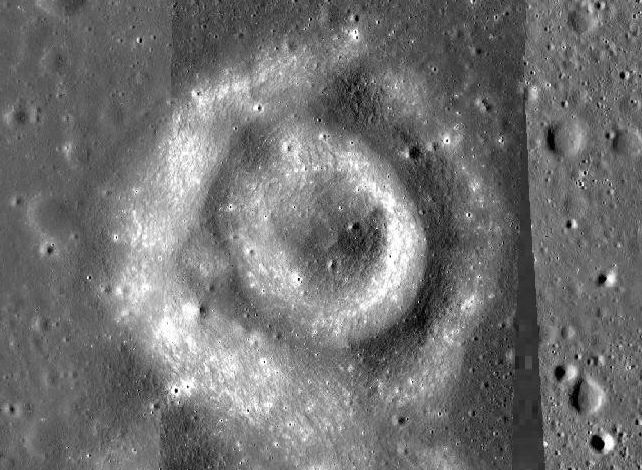 15 - northeast of Jeans (the possible "Concentric" look of this (so-called) Concentric Crater is, as I see it, a mystery).

16 - east of Chamberlin (this CC is the central one in a curious row of three bowl-shaped craters).

17 - in Pasteur (almost at the centre of Pasteur, near Pasteur M).

20 - on the floor of Vertregt (slightly east-southeast of Vertregt K). In C.A.Wood's original list it is mentioned as "near Aitken" (N° 20).

22 - Hesiodus A (probably the most telescope-friendly and most well-known example of this kind of craters).

25 - Fontenelle D (the northern and larger one of the distinct couple Fontenelle B and D, west-southwest of Fontenelle itself).

26 - on the western part of **Blancanus C**'s rim (north of Klaproth, southwest of Blancanus itself). 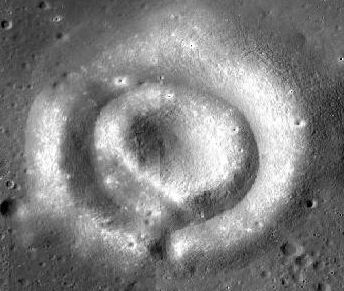 34 - Gruithuisen K (north-northeast of the unnamed chain of teardrop-shaped depressions once photographed by the CMP of Apollo 15: Alfred Worden). 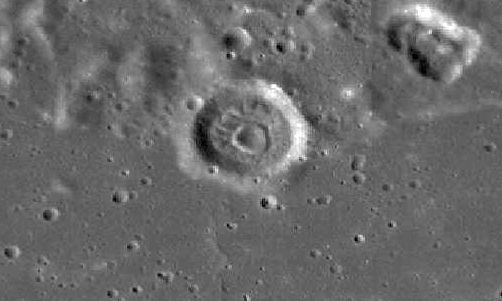 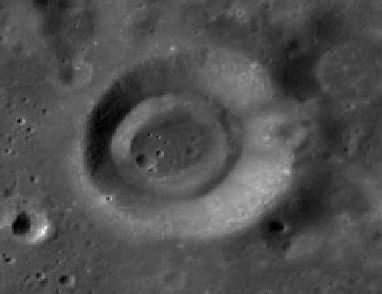 42 - immediately east of Cruger (between Cruger and Cruger E).

45 - southeast of Lavoisier, near Lavoisier A. Lunar Orbiter 4's photograph LOIV-183-h2 (immediately east of the above mnetioned LOIV-189-h2), shows Concentric Crater No45, west of Lavoisier A, located on a small system of low ridge-like hills. Research: Danny Caes.

46 - Repsold A The LPIs Hi-Res scan of Lunar Orbiter 4's photograph LOIV-189-h3 shows Repsold and its Concentric Crater Repsold A near the frame's left margin. Repsold A is the 46th item in C.A.Wood's list of Concentric Craters (1978). LO-IV-189H Repsold is the large circular enclosure in the center. Straddling its southwest rim is 44-km Repsold G, through which runs a part of Rimae Repsold. The 9-km concentric crater on the northeast floor of Repsold is Repsold A. Beyond it, outside the main rim is 38-km Repsold B (upper right corner). Maps: (LAC zone 22D1) USGS Digital Atlas. Research: Danny Caes.

50 - on the northern part of the basin Apollo

The thumbnail below will give you a general view of C.A. Wood's official list of Concentric Craters on the Moon.