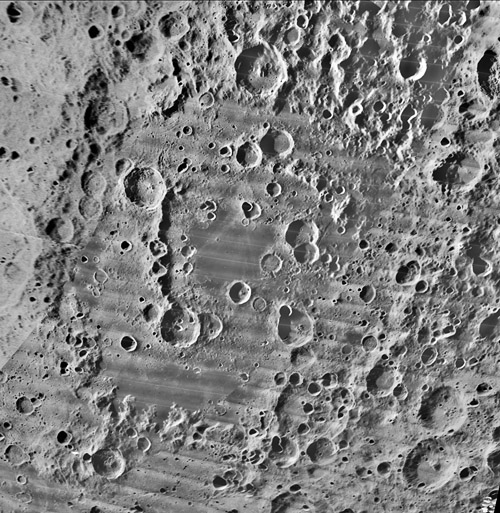 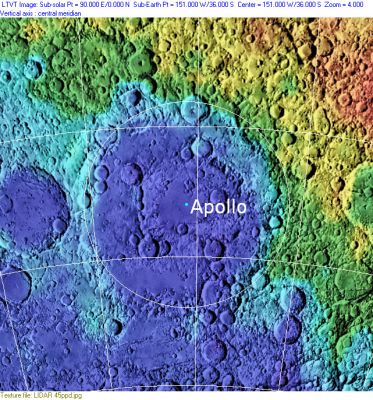 Detection of a Concentric Crater at the northern part of Apollo
Several photographs of the moon's far side, made by ZOND 8, show the northern part of the Apollo basin. For example: Frame 41, which shows Apollo's north-northwestern part near the frame's upper-right corner (above the black disc with white numbers in it). Also above this black disc (about "halfway" between the black disc and the frame's upper margin) is a Concentric Crater noticeable. The exact location of this concentric crater is 31° South/ 154° West (west of the pair of craters Scobee and Smith).
This concentric crater is also noticeable near the lower part of the left margin of Lunar Orbiter 5's frame 30-h2.
Research ZOND 8 and Lunar Orbiter 5 photographs: Danny Caes
This concentric crater is in the list published by Wood in 1978.