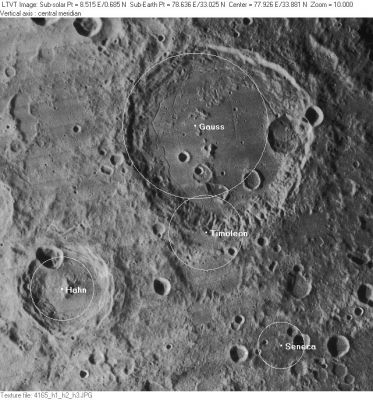 Lunar Orbiter IV-165H The annotations show the positions and diameters of Timoleon, Seneca, Gauss and Hahn as listed in Named Lunar Formations. Seneca has since been moved.