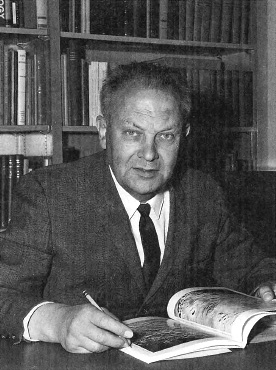 Noted planetary scientist who revived interest in lunar studies in the early 1960's. The crater Kuiper is named after him.
Photo courtesy of Dennis Milon and Dr. Dale P. Cruikshank.