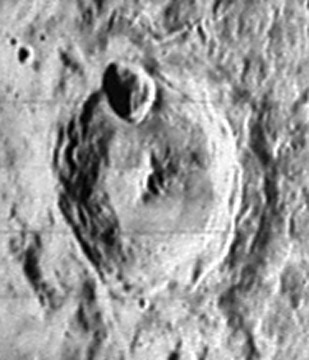 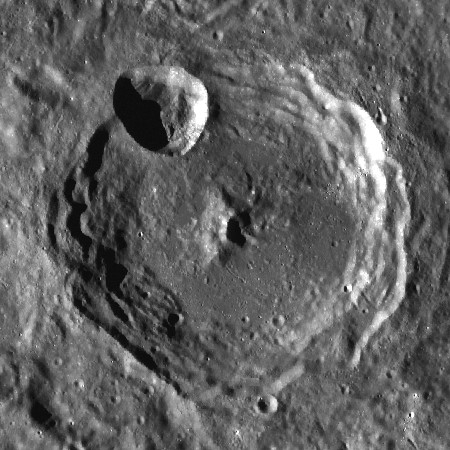 left: LOIV-165-h2 . right: LROC . Prominent satellite F rests at NW rim; there are several pools of melt at west and north sectors of the crater´s floor.

(IAU Directions) HAHN.--A ring-plain, 46 miles in diameter, with a fine central mountain and lofty peaks on the border, which is not continuous on the S. There is a large and prominent crater on the W.

The mystery of the German geologist Dr. Hahn