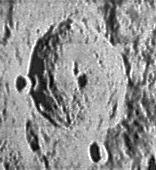 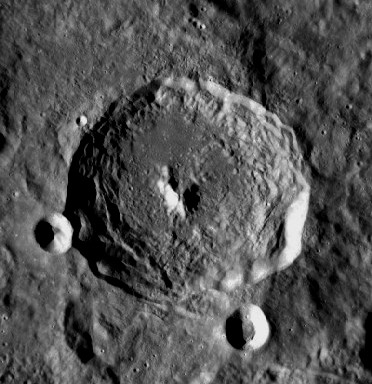 (IAU Directions) PLUTARCH.--A fine ring-plain E. of Oriani, with regular walls, and, according to Neison, with two central mountains, only one of which I have seen. Both this formation and Oriani are beautifully shown in a photograph taken August 19, 1891, at the Lick Observatory, when the moon's age was 15 d. 10 hrs.