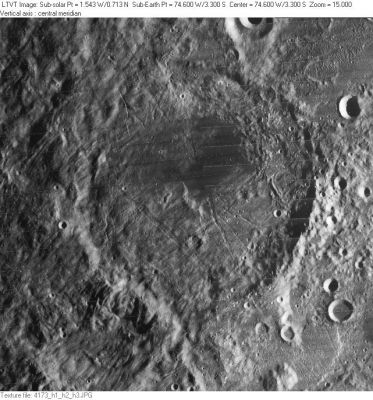 (LAC zone 73B2) USGS Digital Atlas PDF
The dark spot on the floor of Riccioli is the only one of the moon's low-albedo regions which is included on the atlas of the SLC (System of Lunar Craters, 1966).
See SLC-F5.

(IAU Directions) RICCIOLI.--An immense enclosure, near the limb, N.W. of Grimaldi, bounded by a rampart which is very irregular both in form and height, though nowhere of great altitude, and much broken by narrow gaps. It is especially low and attenuated on the N., where a number of ridges with intervening valleys traverse it. On the S. also a wide valley cuts through it. With the exception of a few low rounded hills and ridges, a short crater-row under the S.W. wall, and two small craters on the S.E., there are no details on the floor, which, however, is otherwise remarkable for the dusky tone of its surface, especially on the N. This dark patch occupies the whole of the N.W. side of the interior, and is bounded on the S. by an irregular outline, extending at one point nearly to the centre, and on the E. by a curved edge. The E. side is much darker than the rest. It is, in fact, as dark, if not darker, than any part of the floor of Grimaldi. Riccioli extends 106 miles from N. to S., and is ne
arly as broad. It includes an area of 9,000 square miles. 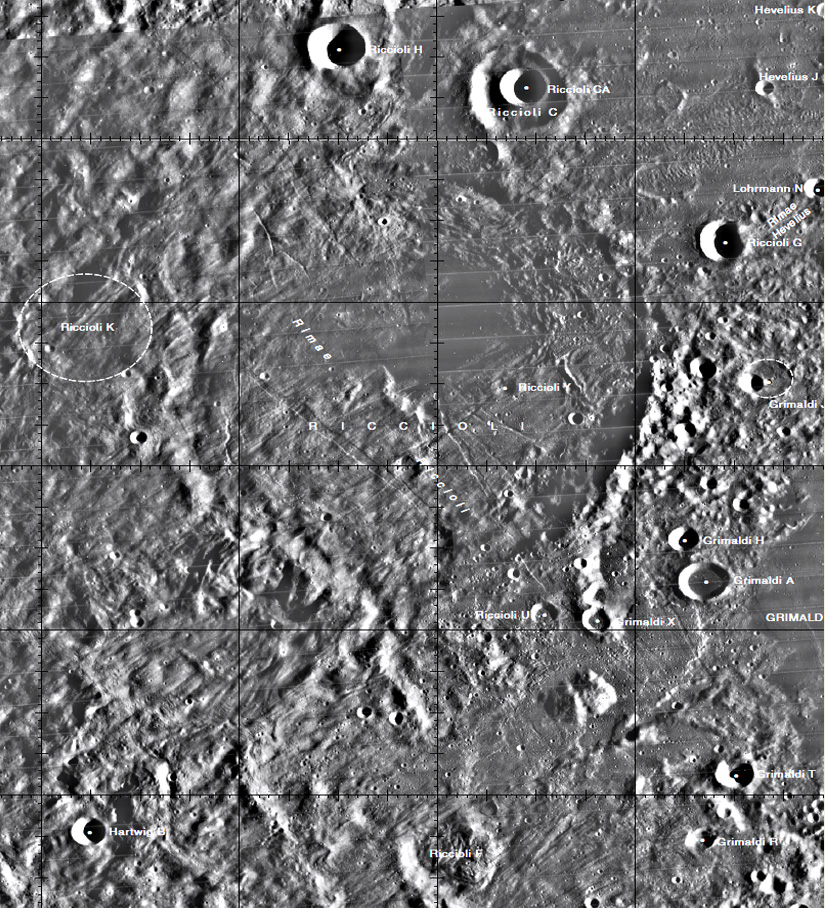 Graphic LACs No. 55 and No. 73. Excerpt from the USGS Digital Atlas of the Moon.