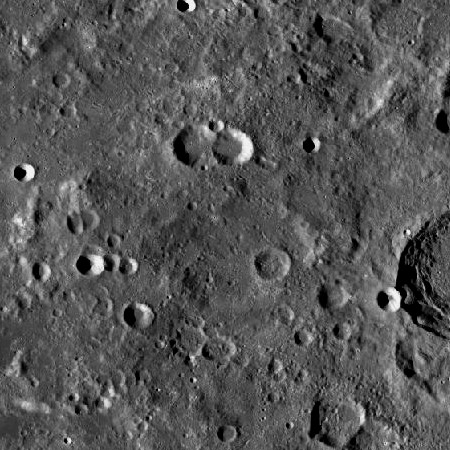 LROC . The image shows the region inmediately west of Plutarch ( right edge) where Oriani was described. It is not clear for which one of several ill-defined circular features was it named.

(IAU Directions) ORIANI.--An irregular object, 32 miles in diameter, somewhat difficult to identify, N.E. of EIMMART. There is a conspicuous crater on the N. of it, with which it is connected by a prominent ridge.