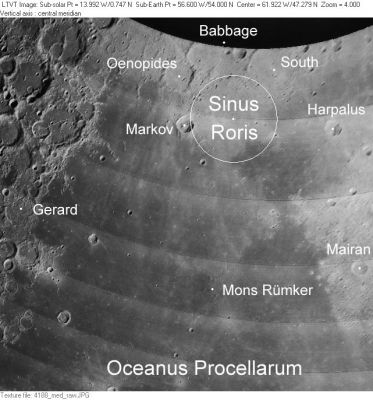 LO-IV-188M The white circle illustrates the current IAU definition of Sinus Roris. Originally the name seems to have meant most of Oceanus Procellarum north of Mons Rümker, but ending at Harpalus, for the dark mare region beyond that (upper right) is now regarded as part of Mare Frigoris.

(IAU Directions) SINUS RORIS - The great northern bay of the Oceanus Procellarum, bordered on the east by the highlands of the Sinus Iridum, on the north by the elevated region between Harpalus and Oenopides, and on the west by the bright ridge extending between Oenopides and Gerard. The northern section of the floor is the brightest and is traversed by a number of grey ridges. 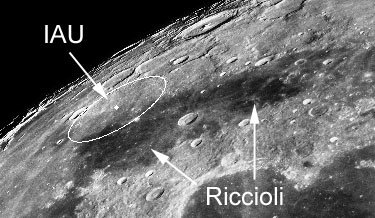