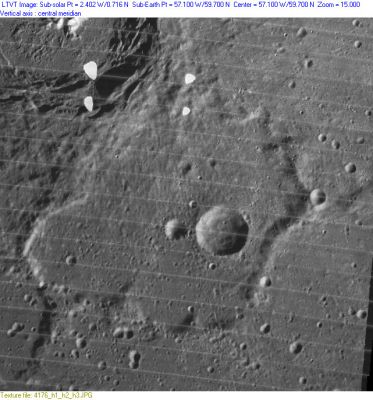 (IAU Directions) BABBAGE.--A still larger enclosed area, adjoining South on the W., and containing a considerable ring-plain near its E. border. It is a fine telescopic object at sunrise, the interior being crossed by a number of transverse markings representing ridges. These are very similar in character (but much coarser) to those found on the floor of J.F.W. Herschel. The curious detail on the W. wall is also worth examination at this phase.