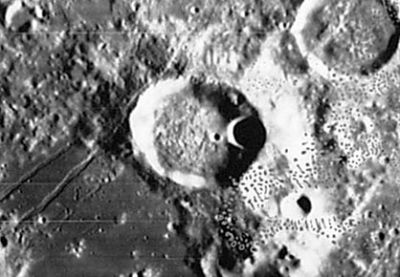 LOIV 149 H1 Liebig is the crater at center, with Mersenius D partially visible in the upper left (faintly crossed by Rimae Mersenius II). What appears to be an extension of Rimae Mersenius I touches Liebig on the north. The rilles extending out from Liebig on the southwest may have been called Liebig I, II and III in the original IAU nomenclature of Blagg and Müller, however they seem also to have been associated with de Gasparis (out of the field to the lower left) and are currently regarded as part of Rimae de Gasparis.

Bowl-shaped crater Liebig J (near the western "shoreline" of Mare Humorum, east of Liebig and Liebig F) shows up as an "eye" on the shadowless "Full Moon" photographs made by the Clementine and Lunar Reconnaissance Orbiters. - DannyCaes Apr 13, 2014 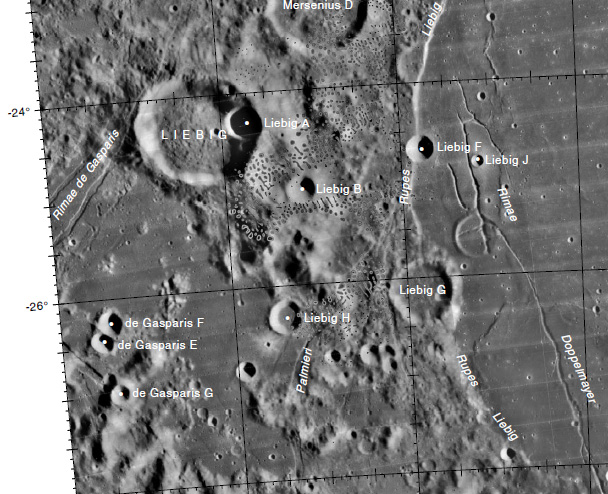 Graphic LAC No No. 93. Excerpt from the USGS Digital Atlas of the Moon.