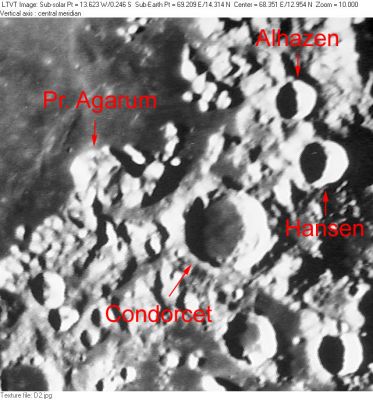 (IAU Directions) CONDORCET.--A very prominent ring-plain, 45 miles in diameter, situated on the mountainous S.E. margin of the Mare Crisium. It is encircled by a lofty wall about 8,000 feet in height. The dark interior of this and of the three preceding formations render them easily traceable under a high angle of illumination.