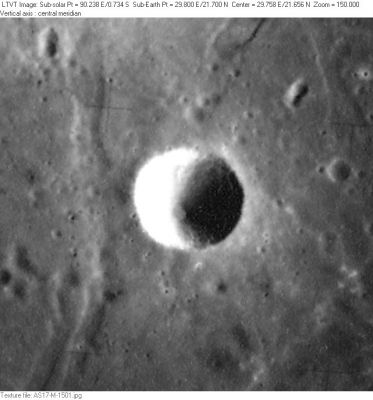 AS17-M-1501 Because the camera was to the south of this crater, its small flat bottom (which looks to be only about 1 km in diameter) is displaced from the center by perspective. The nearby rilles are part of Rimae Littrow.