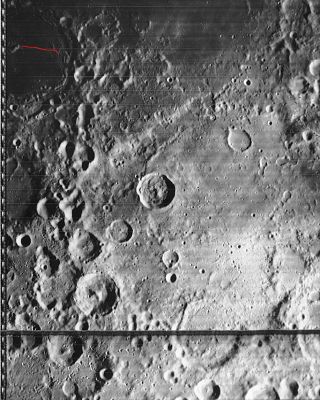 Lunar Orbiter IV image iv_112_h3
Deslandres, Hell, Lexell, Ball: Ball is on the lower left, above the line, and has a central peak.

(IAU Directions) BALL.--A somewhat smaller ring-plain on the S.W. edge of the great plain, with a lofty terraced border and a central mountain more than 2,000 feet high. There are two large irregular depressions on the E. of the formation, a crater on the S., and a smaller one on the N. wall.