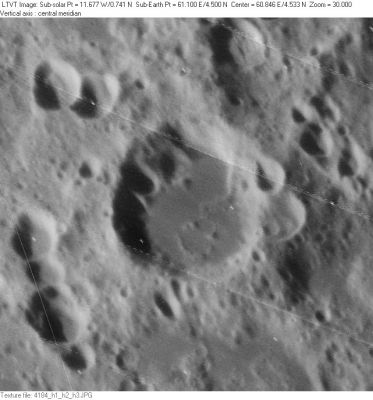 (IAU Directions) APOLLONIUS.--A ring-plain, 30 miles in diameter, standing in the mountainous region S. of the Mare Crisium. There is a large crater on the S.E. wall, and another, somewhat smaller, adjoining it on the N. There are many brilliant craters in the vicinity.