(IAU Directions) ZACH.--A massive formation, 46 miles in diameter, on the S. of Lilius, with prominently terraced walls, rising on the W. to 13,000 feet above the interior. A small ring-plain, whose wall stands 6,000 feet above the floor, is associated with the N. border. Two other rings, on the S.E. and N.W. respectively, have craters on their ramparts and central hills. 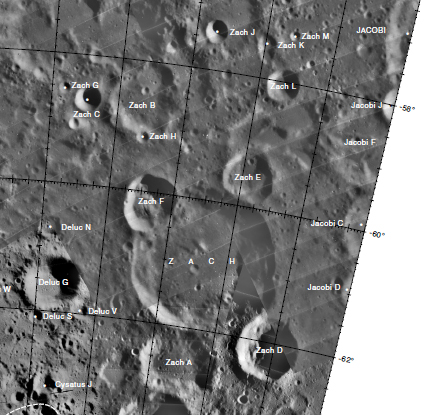 Graphic LAC No. 126. Excerpt from the USGS Digital Atlas of the Moon.