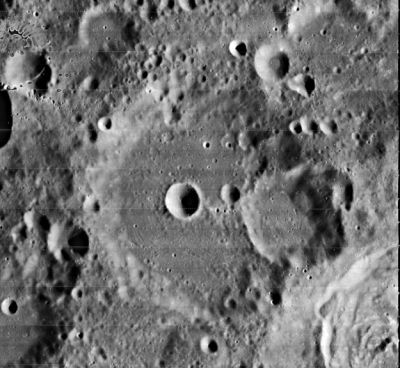 (IAU Directions) ZAGUT.--The most westerly of a group of closely associated irregular walled-plains, of which Lindenau and Rabbi Levi are the other members, all evidently deformed and modified in shape by their proximity. It is about 45 miles in diameter, and is enclosed by a wall which on the S.E. attains a height of about 9,500 feet, and is much broken on the N. by a number of depressions. A large ring-plain, some 20 miles in diameter, occupies a considerable portion of the E. side of the interior; W. of which, and nearly central, there is a large bright crater, but apparently no other conspicuous details. On the S.W. side of Zagut lies an elliptical ring-plain, about 28 miles in diameter, named by Schmidt CELSIUS. The border of this is open on the N., the gap being occupied by a large crater, whose S. wall is wanting, so that the interiors of both formations are in communication.