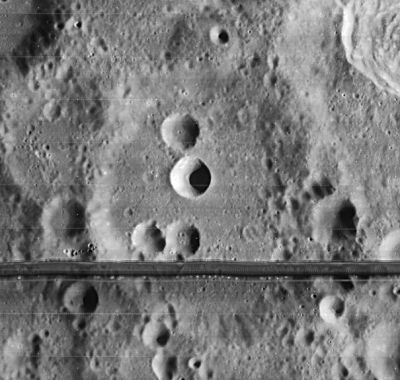 (IAU Directions) RABBI LEVI.--A larger but less obvious formation than either of its neighbours, Zagut and Lindenau, abutting on the S. side of them. It is about 55 miles in diameter, and is enclosed by a border somewhat difficult to trace in its entirety, except under oblique light. There are some large craters within it, of which one on the N. side of the floor is especially prominent.