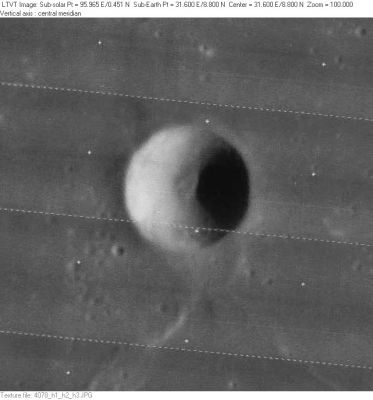 LO-IV-078-h.
Note the curious half disc-shaped shallow crater (or rather: plateau) at the southern part of the rim of Sinas. Was this disc-shaped plateau once a complete crater?
A much more pronounced kind of half appendage is noticeable at crater Norman in Oceanus Procellarum.