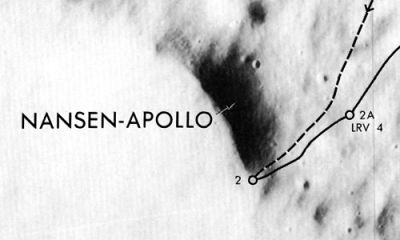 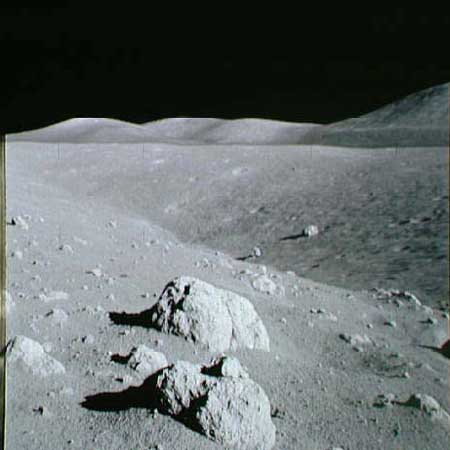 Left: Apollo 17 Site Traverses Chart The bright background and distorted shape is because Nansen-Apollo lies in the Light Mantle formation at the base of South Massif (on the right, where the words "Nansen-Apollo" are printed). Right: Color photo from ground: Apollo Image Atlas. The large dark peak on the right, with the bright streak, near its base is North Massif. The streak is Scarp. The flat-topped peak to the left would appear to be Family Mountain.