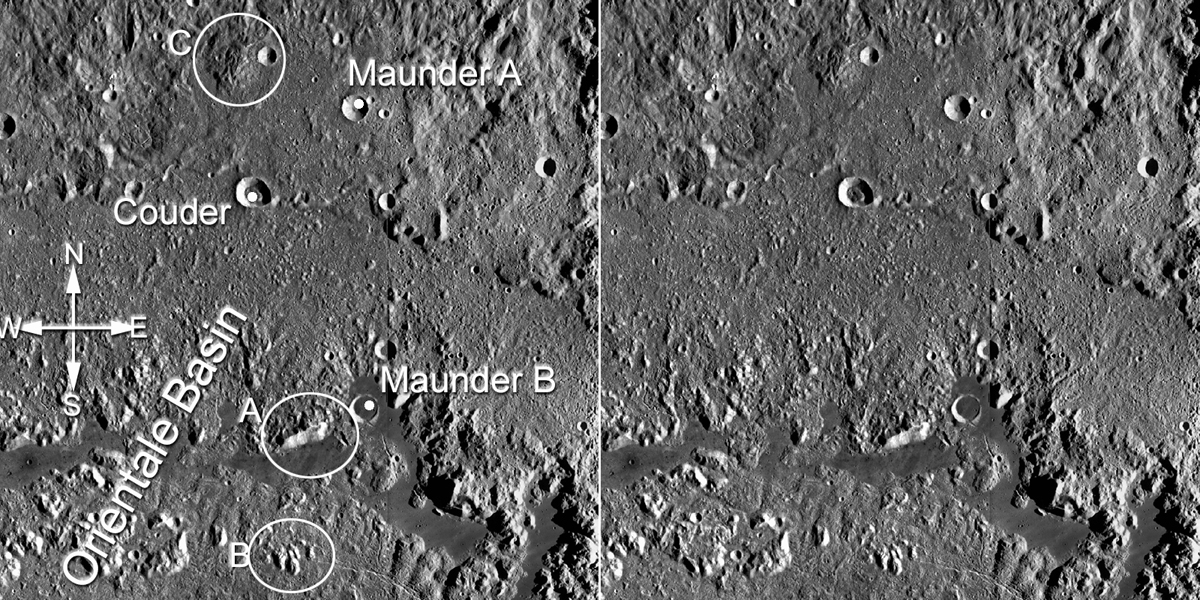 Above: LROC view of the mountains A, B and C as seen by Schröter (see also images in Additional Information section below). - JohnMoore2