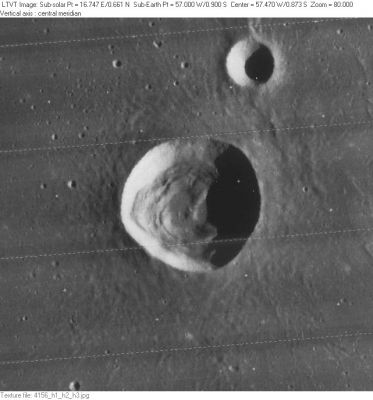 (IAU Directions) HERMANN.--A ring-plain, about 10 miles in diameter, in the Oceanus Procellarum, E. of Lohrmann. It is associated with a group of long ridges, running in a meridional direction and roughly parallel to the coast-line.

The eccentric interior of Hermann A

Jakob Hermann (July 16, 1678 - July 11, 1733) was a mathematician who worked on problems in classical mechanics. He appears to have been the first to show that the Laplace-Runge-Lenz vector is a constant of motion for particles acted upon by an inverse-square central force.