(formerly Hadley and before that Hadley C (as at present)) 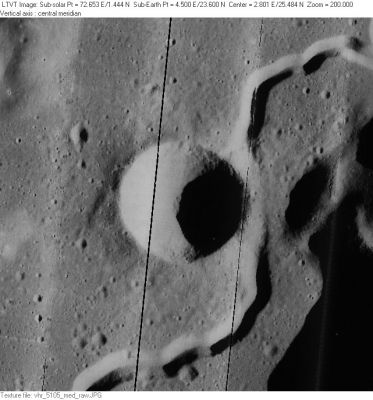 LO-V-105M Hadley C is in the center, with a small part of Rima Hadley touching it on the east. The dark shadow along the right margin is cast by sunlight streaming over unnamed low hills that are part of Montes Apenninus.