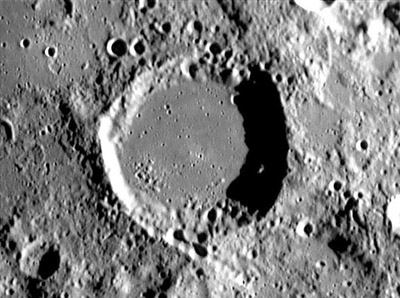 (IAU Directions) ABULFEDA.--A larger and more massive formation than Almanon, 39 miles in diameter, the W. wall rising about 10,000 feet above the interior, which is depressed more than 3,000 feet. It is continuous on the E., but much broken by transverse valleys on the S.W., and by little depressions on the N. On the S.W. originates the very curious bright crater-row which runs in a straight line to the N.E. wall of Almanon, crossing for the first few miles the lofty table-land lying on the S.W. side of the border. With the exception of a low central mountain, the interior of Abulfeda contains no visible detail. The rampart is finely terraced on the W. and E. The W. glacis is very rugged.

A Very Good Humility Lesson Not Quite A Rille Boo! (Really Bu!)