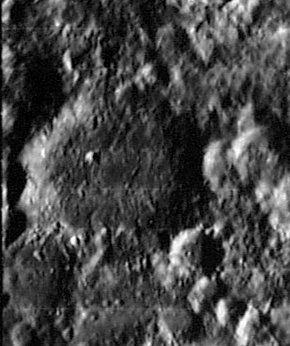 (IAU Directions) STREET.--A walled-plain between Tycho and Maginus, about 28 miles in diameter, with a border of moderate height, broken by depressions on the N. There are some small craters and ridges within; but the surrounding region, with its almost endless variety of abnormally shaped formations, is far more worthy of the observer's attention.

14 inches of Tycho (shows Street M too, with possible Concentric Crater on its floor, by George Tarsoudis).