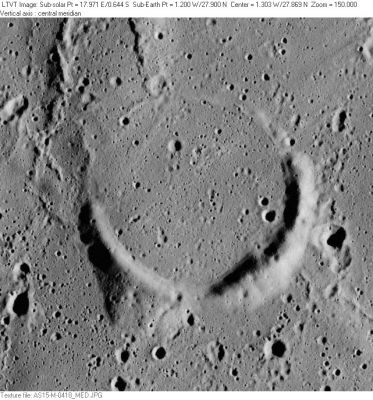 AS15-M-0418 Spurr, a "ruined" crater in the northwestern part of Palus Putredinis, near Archimedes, is marked by a surviving crescent of unflooded crater rim. The ridges in the upper left are not named.