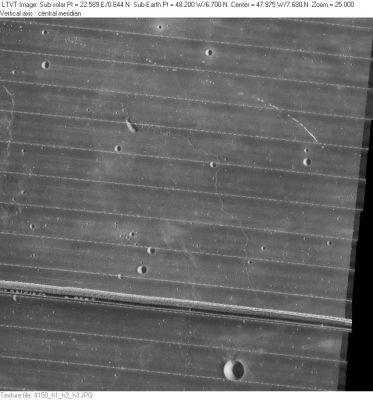 LO-IV-150H The prominent 8-km crater at the bottom is Suess B. The bright-haloed 2-km crater at top center is Marius V. Rima Suess is very faintly visible running south from near Marius V, and fading out to the northeast of Suess B (click on the image to see a larger version).

Not Dr. Suess Marius and its hills (plus Rima Suess area).