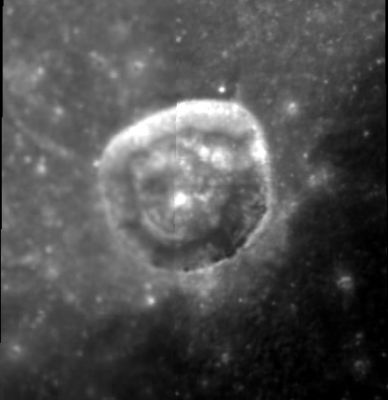 (IAU Directions) LICHTENBERG.--A conspicuous little ring-plain, about 12 miles in diameter, in an isolated position on the Mare, some distance N. of Briggs. It was here that Madler records having occasionally noticed a pale reddish tint, which, though often searched for, has not been subsequently seen.

A certain Lichtenberg and a round black spot, in the Sourcebook Project (William R. Corliss)