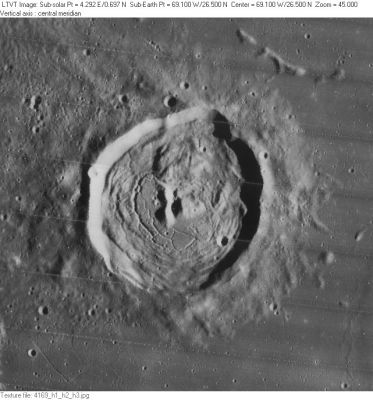 (IAU Directions) BRIGGS.--This bright regular ring-plain, 33 miles in diameter, is situated a short distance N. of Otto Struve A. A long ridge traverses the interior from N. to S. On the W. is another large enclosure, communicating with Otto Struve on the S., and really forming a N. extension of this formation. It has a large and very deep crater, 12 miles in diameter, on its E. border.