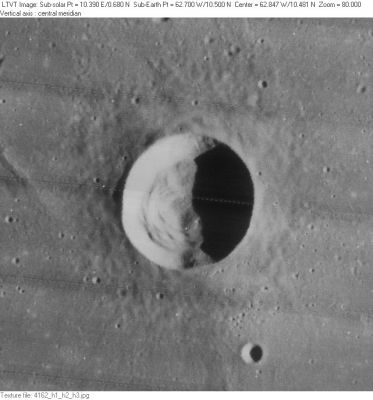 (IAU Directions) GALILEO.--A ring-plain, about 9 miles in diameter, N.W. of Reiner, associated with ridges, some of which extend to the "Jew's Harp" marking referred to under this formation. (note: the "Jew's Harp" is the swirl pattern now known as Reiner Gamma)