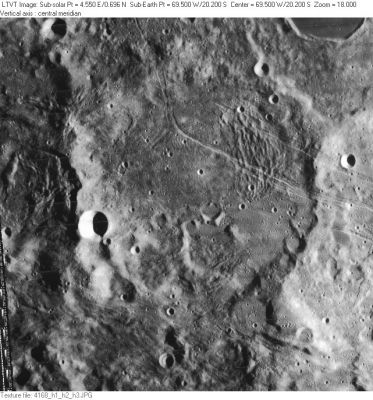 LO-IV-168H Darwin is the large crater in the center with a portion of Rimae Darwin passing over it. The northern part of Lamarck is visible at the bottom.