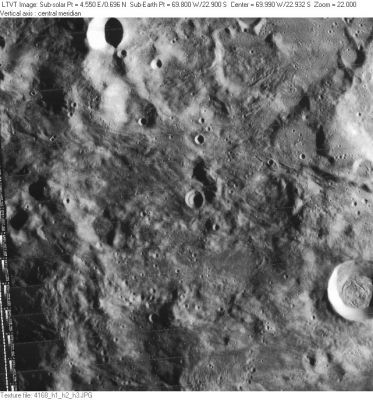 LO-IV-168H Lamarck is at the center, blending into Darwin above it. The crater in the lower right is Byrgius D.

LPOD Photo Gallery Lunar Orbiter Images
Is the most pronounced crater in Lamarck, known as Lamarck B, a Concentric Crater? Take a look at the Hi-Res scan of Lunar Orbiter 4's photograph LOIV-168-h1.
Research: Danny Caes