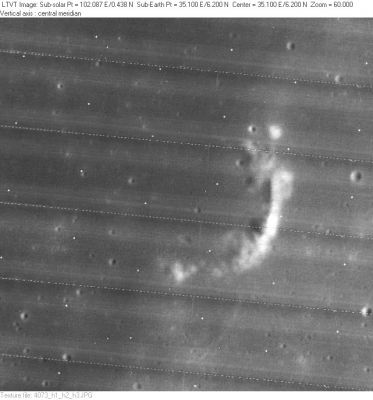 LO-IV-073H This apparent fragment of a ruined crater rim is located about 130 km southwest of the center of Mare Tranquillitatis.