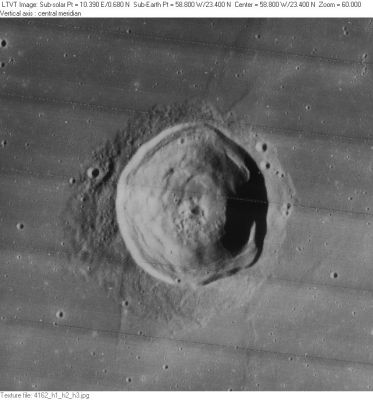 (IAU Directions) SCHIAPARELLI.--A conspicuous formation, about 16 miles in diameter, between Herodotus and the N.W. limb, with a border rising nearly 2,000 feet above the Mare, and about 1,000 more above the floor, on which Schmidt shows a central hill.