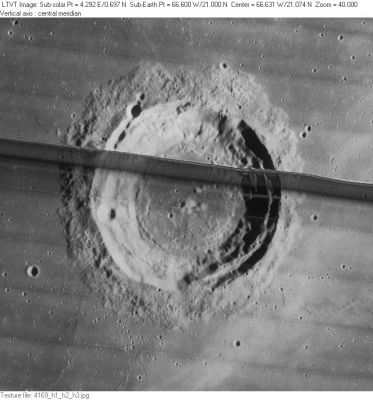 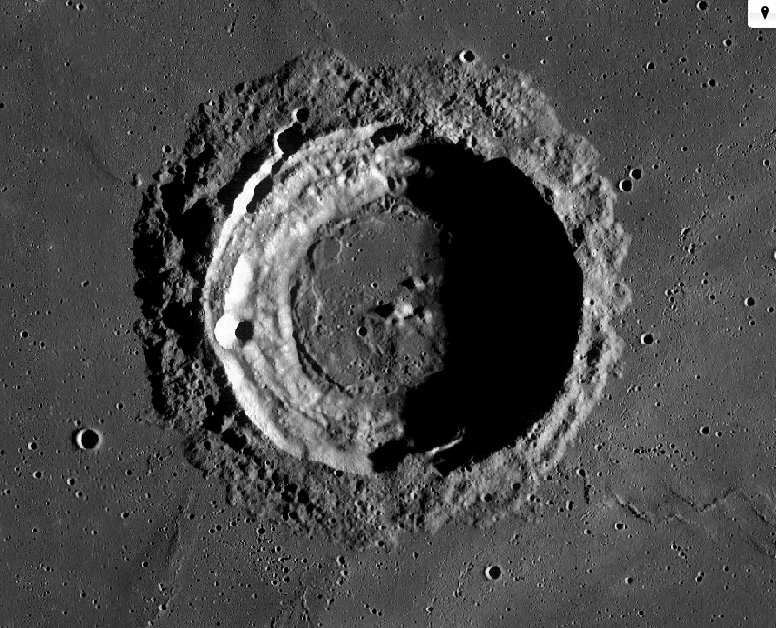 (IAU Directions) SELEUCUS.--A considerable ring-plain, 32 miles in diameter, with lofty terraced walls, rising 10,000 feet above a dark floor which includes an inconspicuous central hill. This formation stands on a ridge extending from near Briggs to the E. side of Cardanus. 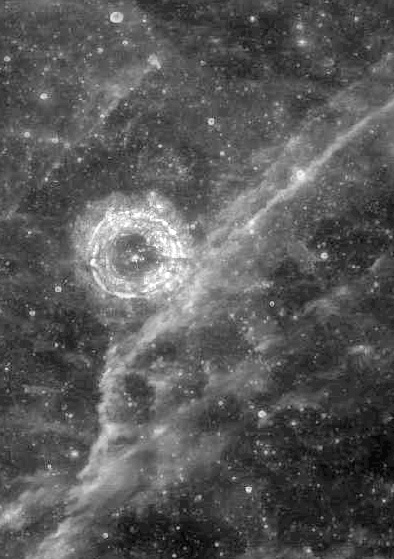 Seleucus of Seleucia (born c. 190 BC, fl 150s) was a Babylonian astronomer. Seleucus is known from the writings of Plutarch. Teaching around 150 BC, he agreed with the heliocentric theory of Aristarchus of Samos, which stated that the Earth rotated around its own axis which in turn revolved around the Sun. According to Plutarch Seleucus even proved the heliocentric system. We do not know what arguments he used, but they were probably related to the phenomenon of tides. Indeed Seleucus correctly theorized that tides were caused by the Moon, although he believed that the interaction was mediated by the Earth's atmosphere. He noted that the tides varied in time and strength in different parts of the world.