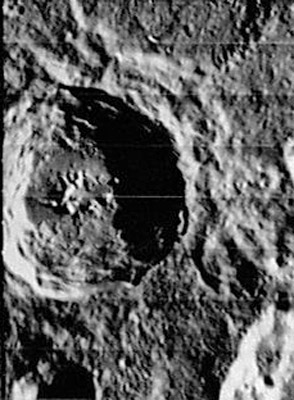 (IAU Directions) ZUCHIUS.--Is situated on the S.W. of Segner, which it slightly overlaps. It is very similar in size and general character, and has a lofty terraced wall, rising at one place on the E. to nearly 11,000 feet above the floor. A very fine chain of craters, well seen when the opposite border is on the morning terminator, runs round the outer E. slope of the wall. There is a bright crater beyond this on the S.E. Zuchius has a central peak.