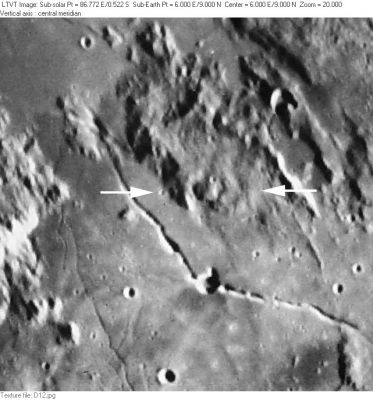 Consolidated Lunar Atlas plate D12 The discontinued IAU feature name Schneckenberg refers to the peak, and the circular ridges around it, in the region between the arrows in this Consolidated Lunar Atlas photo. It is located due north of the central crater Hyginus on Rima Hyginus . The 11 km shadowed crater in the upper right (midway between the arrow and the top margin) is Hyginus N (near, but not to be confused with the Hygnius N of historic fame).