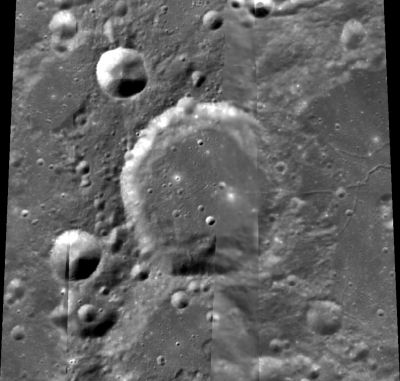 Clementine Regnault is in the center of the field with similar-sized Stokes below it. Regnault straddles the rim of the much larger Volta, partially visible here on its right (east). The conspicuous craters on the left are Regnault C (at 11 o'clock) and Regnault W (at 8 o'clock).