(This map is based on an Earth-based photograph that has been computer-corrected to zero libration. The vertical white lines indicate the left and right boundaries of the Rükl rectangle) 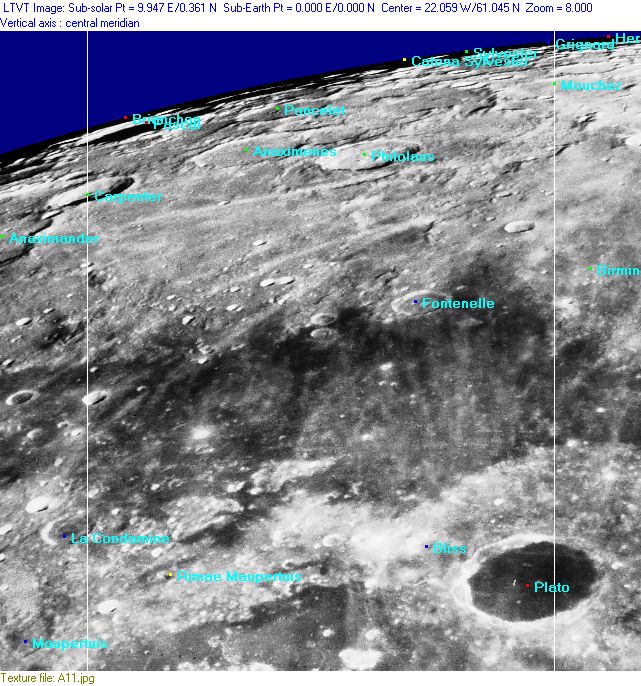